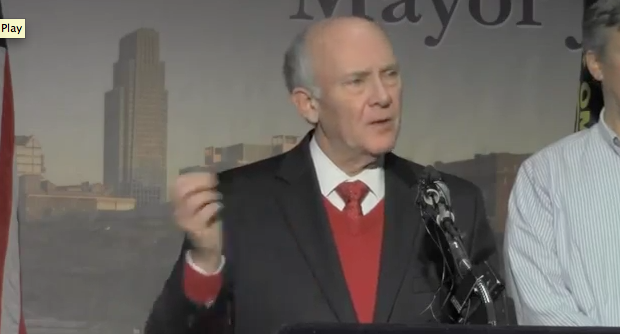 Omaha Mayor Jim Suttle held a press conference to discuss how the city is doing in clearing main roads and rural roads after last week’s snow storm. He said most main roads have been cleared and that the city is working on improving conditions within subdivisions. He also said because much of the show was wet last week, it formed into ice sheets, which salt, sand and snow plows can’t battle alone. They need some help from mother nature.